Links to other churches

Christ Church, Jebel Ali. This is our link church in Dubai.

The Cathedral Church of St Paul in Nicosia

Contact us if you are interested in knowing more about St Helena’s, or if you have any questions about our church. 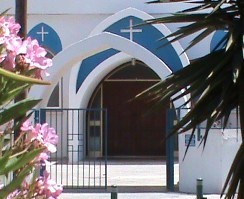