Services will be online only for May 2nd and May 9th.  The charity shops will be closed for this period, and the April book sale is cancelled.

Christ is risen! He is risen indeed! Alleluia! 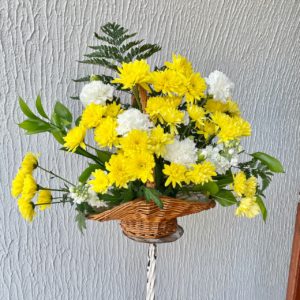 Even as we entered the church a feast of flower arrangements met our eyes.

Flower arrangements were by Liz Taylor. 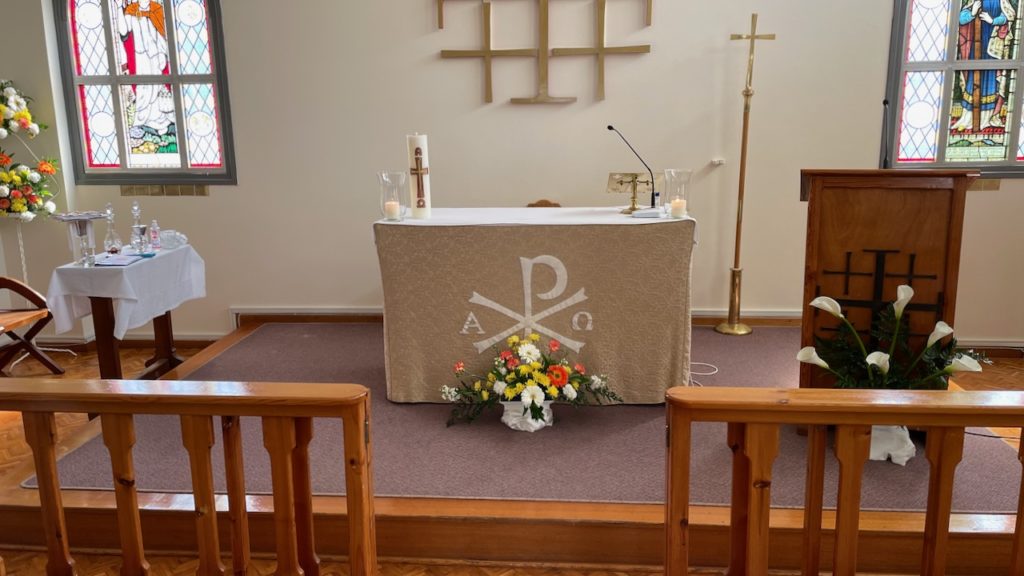 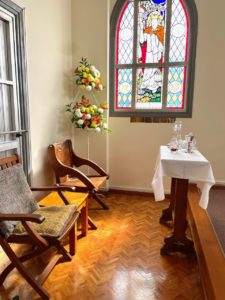 Every corner of the sanctuary displayed the new life that the flowers represent. 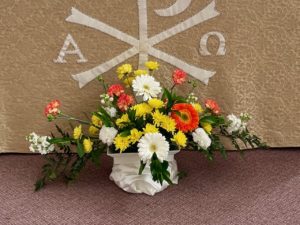 In front of the communion table the bouquet overflowed in colour demonstrating the overflowing love of God for us all. 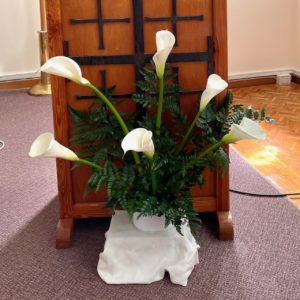 The lilies in front of the lectern bring together the purity of the lamb of God alongside our worship of him.

I’m outside the church of Saint Fanurios. It’s a Greek Orthodox church at Deryneia in Cyprus. And it’s where the Anglican congregation
John the Evangelist meets week by week.

And here we are one year on. And sadly it does feel almost the  same you could say it even feels worse. And we could be excused for feeling  gloom in this long season of pandemic.

Now despite what some wrongly believe  Christians are allowed to feel gloomy and low and angry sometimes if that’s what they honestly are feeling after all Jesus was low and angry.

He was angry as when he drove the cheating traders out of the temple this week and he was also low. Think of his agony in the Garden of Gethsemane.

And exult, to take another, image that the lamb of sacrifice though slain transforms by his sacrifice absolutely everyone and absolutely everything whether they know it or not. And the lamb is Christ. Exult in short that Christ is revealed as the one who was yesterday and is today and shall be forever.